World Translation Center supplies professional Macedonian translation services for English to Macedonian and Macedonian to English. We can also translate Macedonian to and from over 150 other languages, including all the major languages of Europe, Asia, South America, the Middle East and many African languages, at affordable prices.

Our Macedonian experts will be able to provide translation for virtually any project you might have, including marketing materials, technical, financial, legal and medical documents, websites and software. Our professional project managers will match your project with a translator team appropriate for the area of expertise needed. Each linguist works solely in his or her own mother tongue and within his or her area of expertise insuring not only top quality translation, but proper localization too. After each document is translated, it will be edited and proofread by a second professional translator to guarantee highest quality.

We also render transcription, video recording and subtitling services. In the event that you need to have an existing video dubbed, a commercial narrated or a telephone system recorded, our native Macedonian speakers are available to supply high quality voiceover services.

We pride ourselves in providing quality cost-effective services, whether your project is small or large, simple or highly complex.

The official and most widely spoken language in Macedonia is Macedonian. Other languages spoken are Albanian, Turkish, Romani and Serbian/Bosnian.

Macedonian is closely related to Bulgarian as well as to Serbian to a lesser extend. Bulgarian and Macedonian are very similar and understood by each other. Although Macedonian is the only official language in Macedonia, in municipalities where at least 20% of the population is part of another ethnic minority, other languages are often used for official purposes, alongside Macedonian.

The Macedonian font has evolved over the years; here is the new modern font used for official documents and the media. This is the font we recommend for all your Macedonian projects: 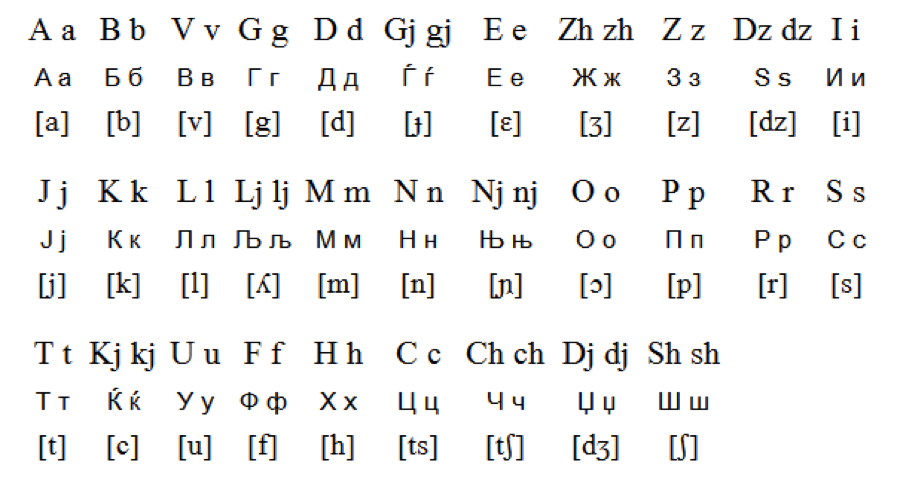