World Translation Center supplies professional Russian translation services for English to Russian and Russian to English. We can also translate Russian to and from over 150 other languages, including all the major languages of Europe, Asia, South America, the Middle East and many African languages, at affordable prices.

Our Russian experts will be able to provide translation for virtually any project you might have, including marketing materials, technical, financial, legal and medical documents, websites and software. Our professional project managers will match your project with a translator team appropriate for the area of expertise needed. Each linguist works solely in his or her own mother tongue and within his or her area of expertise insuring not only top quality translation, but proper localization too. After each document is translated, it will be edited and proofread by a second professional translator to guarantee highest quality.

We also render transcription, video recording and subtitling services. In the event that you need to have an existing video dubbed, a commercial narrated or a telephone system recorded, our native Russian speakers are available to supply high quality voiceover services.

We pride ourselves in providing quality cost-effective professional Russian translation services, whether your project is small or large, simple or highly complex.

Russian (русский язык, transliteration: russkiy yazyk, Russian pronunciation: [ˈruskʲɪj jɪˈzɨk]) is the most geographically widespread language of Eurasia, the most widely spoken of the Slavic languages, and the largest native language in Europe. Russian belongs to the family of Indo-European languages and is one of three to four living members of the East Slavic languages, the others being Belarusian and Ukrainian (and possibly Rusyn, often considered a dialect of Ukrainian).

Written examples of Old East Slavonic are attested from the 10th century onwards. The earliest known writing in Russia dates from the 11th century and was found at Novgorod. The main languages written in an early version of the Cyrillic alphabet were Old Russian and Old Church Slavonic. Russian started appearing in writing regularly during the reign of Peter the Great (1672-1725) who introduced a revised alphabet and encouraged authors to use a literary style closer to their spoken language. The dialect of Moscow was used as the basis for written Russian.

Today Russian is widely used outside Russia. It is applied as a means of coding and storage of universal knowledge. A very large percentage all world information is published in English and Russian languages. Over a quarter of the world's scientific literature is published in Russian. Russian is also a necessary accessory of world communications systems (broadcasts, air and space communication, etc). Due to the status of the Soviet Union as a superpower, Russian had great political importance in the 20th century. Hence, the language is one of the six official languages of the United Nations.

Russian uses the Cyrillic font. Most computers are equipped with Russian fonts but translated text will be delivered in PDF, formatted files in high resolution PDF ready to print. 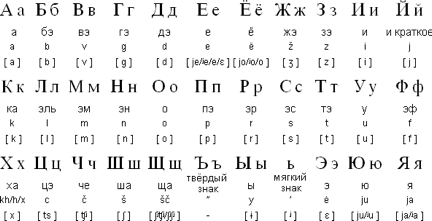